One summer the student rental next door became a trap house. After the college students moved out, a guy came, doing things one does when moving in – clearing out furniture, cleaning (a bit), putting tapestries in the windows. He told me his mom ran the AAA office down the hill and his dad owned a business, and that the landlord gave him a break on the rent for cleaning up. With tattoos covering his forearms, he was chatty in an open and friendly way. And then he disappeared and there were some other guys in the house. Cars would pull up in front of the house, usually a guy driving who left the car on while a woman went into the house for a few minutes and then came out. After awhile the guys staying inside would leave too, driving away together in a car parked up the street. One of these guys, always with a jumbo fountain drink, watched me watching them. Sometimes they stopped in front of my house, checked their phone, reversed past my driveway. We had a party, and while kids were playing in the backyard people were going in and out of the house next door. I already had a sense of what was going on but that day it became more apparent in what appeared to me as a certain blatantness. One evening a woman knocked on my door, and when it was clear she was in the wrong place she was very nice and apologetic, friendly in her jitteriness.

Some women spent long hours inside, their kids in the car outside, sometimes with a boyfriend sometimes not, sometimes with another woman. Another guy moved in or was hanging out there, pop in silver teeth, all hip hopped out. He brought a pitbull and the pitbull stayed in the house even when there were no people there. I could see it through the window sleeping on the couch. Days went by and nobody came, nobody fed the dog. One morning when we came outside for the quick walk down the hill to the elementary school, the pitbull was standing on the roof of the porch. It had broken through the screen of a 2nd floor window and was just standing there panting. I called the code office, they came by and did nothing. I called animal control, they came by and let the dog back inside and closed the window. They couldn’t do anything else because it wasn’t being abused, though it was malnourished.

I was thinking about all of this as I was sitting listening as Verdensteatret’s angular electronic pulsing sounds became a wash of white noise, the pulsing, loud sounds accompanied by a projection of concentric squares changing colors, visible through tinted glass set in frames. I had thought maybe the glass would be used to make sound but it wasn’t, though there were many other things sounded: vibrating metal sheets, speakers bouncing contact mics, a composition meant as an allegory of geologic time by a group that builds “exquisite links between seemingly incompatible technologies and materials.”

Breath, breath of a man, breath from a speaker, breath as an image of a building scrolls vertically, its magenta hue becoming increasingly washed out. An apartment building maybe in Malaysia, maybe in Latin America. Windows with air-conditioning units, windows left open for the air, windows with fans, a building breathing. I wonder if we can think of stone breathing. 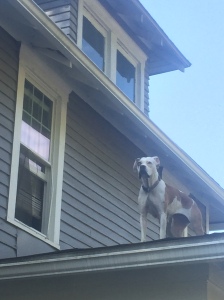 Glitch version (or, what my phone heard)

One summer the house house rented it it’s very nice very a lot of trash in the sky KMan clean things up and the windows will be about how his mom ran a real estate office AAA office and his dad ran a business
He told me the landlord gave him a break on the rent for cleaning up.
yeah tattoos on his rod for arms he was very nice and chatty and then he disappeared and then there were some other guys and they were people stopping at cars going in for a couple minutes coming out stopping you from my house to their house I will already had a sense of what was going on we had a party for kids people people probably lived in the country town baby had an accent One night a woman knocked on my door really it was probably in the afternoon still sunny out very apologetic very sweet very chatty very jittery
Her boyfriend brought the car back from the other house she went in for a moment there are some women to think it’s been long hours inside the kids in the car outside sometimes with a boyfriend sometimes not sometimes of another woman one guy moved in or was hanging out there call teeth all hip popped out he brought a pitbull and the pitbull stayed in the house even when there were no people there I could see it through the windows sleeping on the couch days went by and nobody came nobody fed the dog one morning when I was leaving for work a pitbull was on upstairs second floor roof broken through the screen and was just standing there panting on the roof over the porch I called the Cote office they came by and the animal control they came by and let the dog back inside close the window couldn’t do anything because wasn’t being I was thinking out of all this as I was sitting listening as the angular like Tronic pulsing sounds became a wash I wash white noise the pulsing loud shrill sounds companied color through tinted glass but I thought maybe they would make sound but didn’t though they were many other things sounded vibration sheets speakers bouncing contact Mike’s
A composition meant as an allegory of geologic time
breath breath man her speaker breath her image of building scroll vertically washed out later apartment building maybe later maybe in Latin America scrolling and we see the windows receive air-conditioning units windows left open fans building grieving I think stone breathing